The year is 1942, World War 2 rages on. You are an elite spy deep undercover at the operations bunker of the infamous splinter cell group known as SPYKE. The group has reached an agreement with the mysterious Magnus, an aerospace engineer, and he has agreed to develop a new super weapon that could change the tides of war and leave devastation in its wake.

After months on a covert operation an assault on the base has left you free to finally gather the intel needed on the inner workings of this weapon and ascertain the technology for the allied forces.

Your only line of communication is a fellow agent who has been placed amongst SPYKE’s ranks for this very moment, they will be on hand to assist you throughout the mission but must do so without blowing their cover.

This could truly be the turning point of the war; The Allied forces, the Resistance and even the fate of the world, rests on your shoulders.

Leicester isn’t too far from home for us so one Sunday evening we decided to take a trip to Escapologic to take on two of their rooms. We haven’t quite recovered from Lockhill yet so avoided their horror themed room opting to play Operation Magnus and Chronos.

On arrival to Leicester Escapologic are located in the centre of town, just a short walk from the main shopping centre, cinema and a variety of restaurants. It’s a great location and the team behind escapologic have managed to find the perfect building in which to house escape rooms. The entrance way is dominated by a wooden staircase and creaky wooden floorboards which lead down to the main reception area. To one side the wooden finish continues and to the other the venue becomes a bit more industrial with scaffolding seats and corregated iron walls. Very atmospheric and we hadn’t even started to play yet!

The theme of Operation Magnus is espionage in World War II. It’s a theme we have played before more than a few times and it seems to be one that can be a bit hit or miss when it comes to how successfully it is implemented. Thankfully this is not the case with Operation Magnus. If there was ever a space designed to house a WW2 escape room, this was it. In fact, it is so realistic that we wouldn’t have been surprised if we’d been told this was genuinely an ex bunker.

The game space on entry took us by surprise as it takes place over a number of different levels and even features a full on staircase which is very much included in the gameplay. Probably an awkward space for any escape room builder to plan around but within the scenario this setting works well and Escapologic have done a great job to make this look the part of a bunker. The first room was decorated mostly with subway style glossy tiles in muted colours and successfully transported us back to the 1940’s. The walls without tiles were left fairly unloved (intentionally) and had visible layers of chipped paint and crumbling plaster. The entrance was sparsely decorated but served well as a connecting zone.

We could immediately see two other areas that were closed off to us at the beginning of the game. One was up a few steps which led to a vault style door, the other closer to the entrance with a more mechanical feel but still not deviating from the vintage vibes. We liked that a small hole in the wall had been left in place so that we could peer into the next part of the game.

As gameplay advanced into the other areas of Magnus the props and staging started to ramp up. Where the first area relied on decor to create a sense of the 40’s, in the second area specifically it was all about the props. To create a realistic bunker feel metal framed beds with military mattresses occupy a lot of the space. Soldiers lockers, gas masks and random belongings set the scene. All of these looked to be genuine “antiques” so someone probably had a lot of fun on eBay.

As we advanced further still through the game, other distinctive areas were discovered which began to create a sense of the multipurpose WWII bunker we were supposed to be in and we were equally impressed with each new space we uncovered. Absolutely nothing looked out of place and the whole environment was really impressive. The ending of the game in particular is very well executed! 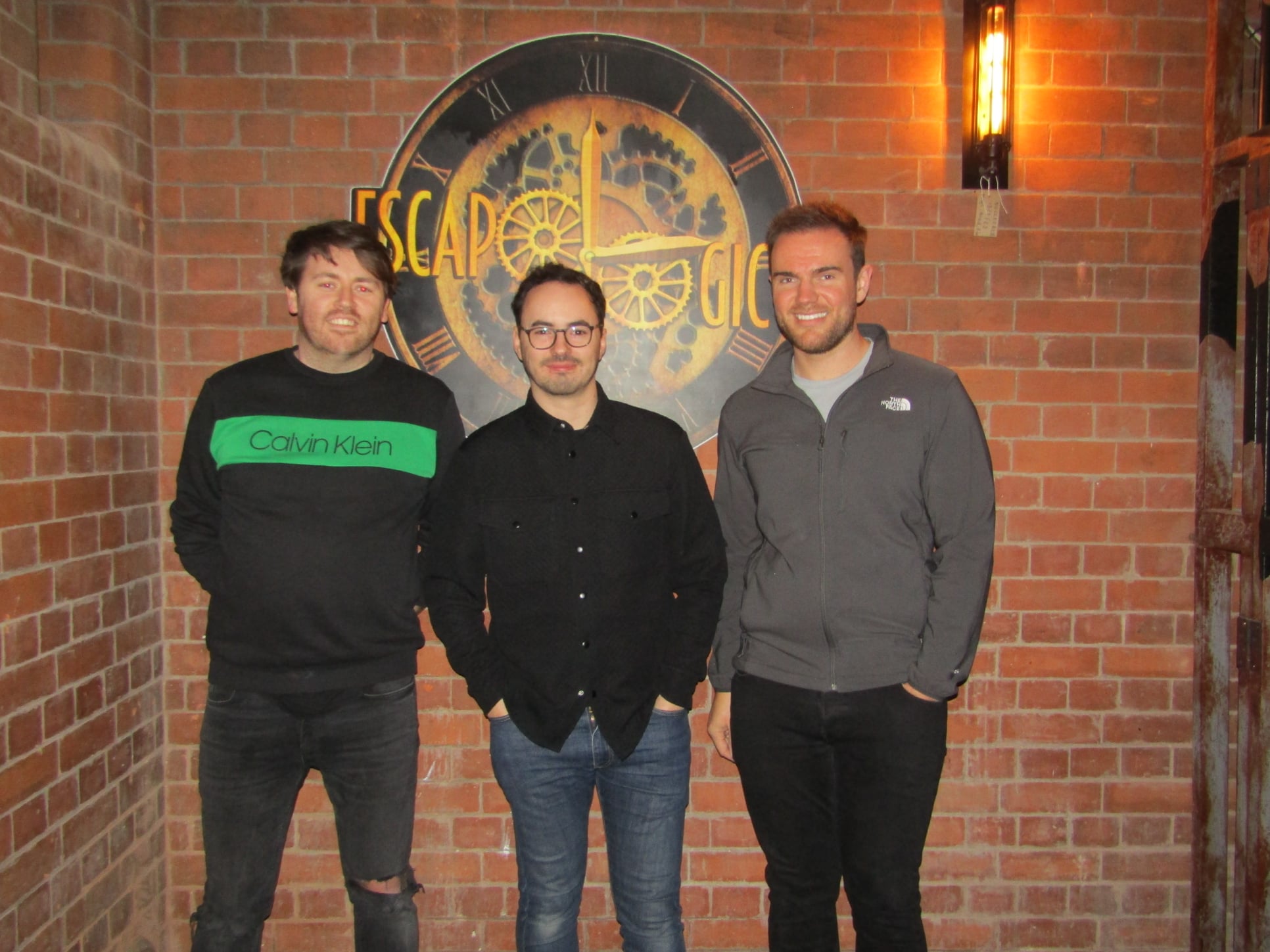 The aim of Operation Magnus is to stop a new weapon from being used by the shady (presumably Nazi alligned) SPYKE organisation. Despite what seemed like quite a complicated scenario to play through, the game is relatively linear and all objectives needed to be completed in order for us to make our exit.

We actually found ourselves stuck at the first hurdle in Magnus. We’d found some prompts and had figured out what we needed to do but we just couldn’t work out where to do it. We probably wasted about five minutes retracing our steps and scouting every area of the room over and over. We like a challenge but it was frustrating to need a hint before we had solved anything, especially when what we needed to do was hidden just a little bit too well under our noses!

Once we’d made it over the first hurdle we did begin to pick up a bit of pace solving the various locks and scavenging around the room to find clues and keys. The puzzles in this second space were quite traditional with an emphasis on observation and logic quite similar to what we had seen in the entrance hall but with a few more distractions meaning we had to filter what we needed and what could be put aside. One item we’d deemed useful but we didn’t know quite what to do with it, it looked like it was important but there was no obvious signposting as to what it did. We carried this around for quite some time before needing a hint to tell us what it was. I’ve thought about this a few times since the game and still can’t work out what would have prompted us to use it without help!

About half way through Operation Magnus the game becomes noticeably more technical and there were some, quite intimidating, bits of machinery that we needed to suss out and get working. They looked a bit scarier than they were and solving them actually required a lot of good team communication! Underneath these gadgets was probably some quite sophisticated tech but Escapologic have done well to disguise these modern games as vintage equipment.

The finale was a real highlight of the game and caused us to panic a little when we started to hear our timer approaching 60 minutes. No spoilers here though, you’ll have to play for yourself.

When we arrived at the venue for Escapologic we were instructed to wait in the large, industrial room at the bottom of the staircase. It’s a nice space but the seats were a little bit wobbly and as great as they looked, pretty uncomfortable. We were waiting for a while before our game began and there weren’t all that many people about.

When our games master came to collect us for the game she introduced herself and walked us down to the game area and ran through the standard set of escape room rules. Our GM didn’t assume a character for the game but did take the time to remind us of the scenario and outline the objectives of the game.

Clues were delivered via…. well actually we’re not quite sure. There was a retro looking telephone in the hallway of the game but this didn’t seem to be connected to anything. When we needed help a voice seemed to come out of the walls and point us in the right direction, perhaps it was coming from the radio. We weren’t asked whether we wanted clues on request or when needed but thankfully our GM wasn’t too liberal with her pointers. When we did hear the mystery voice however, it was always welcome. Esca

An hours escape game experience at Escapologic set us back £26 per person with 3 players as we were playing on a Sunday which is classed as peak. Fridays, Saturdays and Sundays fall within this pricing tier and a game for two will set players back £28 each with discounts applied for every additional player up to £22 for five players. This is definitely one of the more premium priced rooms in the area where we would normally expect to pay about £25 for two players. Operation Magnus was a good game, but it’s hard to justify paying more for than other great games not too far away.

Had we opted to play in one of the Off Peak time slots (Monday to Thursday) we’d have paid £25 per player for a team of two. Again discounts for additional players are unlocked with five players paying only £19 each. This pricing is much more inline with what we would have expected and it is a little frustrating to have this dual price system.

In addition to the cost of the game we also paid for pay and display car parking. We were able to find this close by for a reasonable price.

Of the two games we played at Escapologic Leicester, Operation Magnus was definitely the more enjoyable. The physical layout of the room gave us a lot to take in and appreciate and we really enjoyed the clever use of technology within some of the more tricky puzzles. The urgency that the ending of the game managed to build was also a highlight for us.

Having said that there were just a few too many moments where we felt we wouldn’t have been able to get any further without a hint from the games master. It’s frustrating to need a hint as an enthusiast and its even more frustrating when the hint is given and you realise you would never have figured out what to do without it.

We managed to escape Operation Magnus by the skin of our teeth with just 1 minute and 28 seconds remaining! 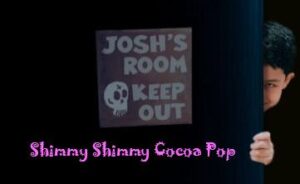