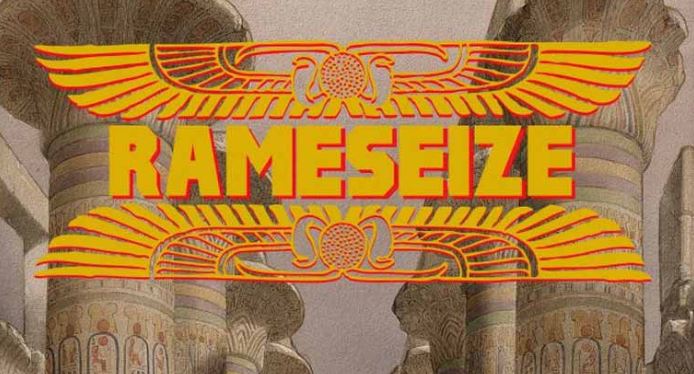 Our team at Rate The Escapes took on the Egyptian themed escape room Rameseize and managed to escape with all three ancient relics. Read of review of the Escape Room Rameseize.

56 Minutes 52 Seconds with all three relics

After years of planning and excavations the tomb of the nefarious Rameses has finally been unearthed. But this is no tomb full of traps; it is a peerless conundrum full of strange machinations.

If you could manage to extract the three ancient relics rumoured to rest here, you will escape and become part of history, but you are not the only ones on the trail…

Your foreheads are drenched and the air is taut with fear. There is not much time for you to act before the unscruplious treasure hunters cross the desert and bury you alive just to claim the glory for themselves.

Will you lay your hands upon the relics of the past? And will you even be able to escape before the glocks are pointed to your heads? Your hourglass is running low…

Having earlier played Daylight Robbery by Cryptology and being thoroughly impressed, it’s safe to say as a team we were looking forward to seeing what Rameseize offered and how it compared against our earlier escape.

This particular game is located on the top floor of the building, and we were led upstairs by our games master Samuel who was playing the part of our expedition leader. He maintained character and led us to a door covered in hieroglyphs before taking us inside. Armed with his snake staff (think Jafar from Aladdin) he was able to light up the room and outline our quest to steal the three ancient relics. Story complete, Samuel leaves the room and the door slams shut behind him… We’re trapped in the tomb.

This game occupies a very different space to Daylight robbery, which was overall quite a vast and open room. Instead now we are in a dark and atmospheric room which is decorated with ancient Egyptian artwork and cloths draped from the ceiling. We’re equipped with small lamps to wonder around with and explore every dark corner.

As the game progressed and we advanced into other areas of the tomb, it actually felt as though the sense of immersion improved. The team at Cryptology have convincingly managed to create a sense of descending into the depths. The rooms become more windy and the space feels darker. It isn’t a claustrophobic room for the most part, but there are areas where we had to squeeze past eachother as we explored different areas.

To fully achieve a sense of immersion the props, clues and challenges in Rameseize are all aged and distressed looking. Even the clue system in the room is fully immersive thanks to the friendly ghost Acluebis who showed up every now and then to point us in the right direction. This meant there was no need for walkie talkies or screens which would have taken away from the theme.

The only area we felt let the room down a little was the final area, which did stray a little from the Egyptian setting, save for some small artwork in the corners. The stone walls in this area are replaced with black paint. We didn’t feel like we had suddenly entered the modern day or anything like that, but it was not as strong as the previous rooms.

Rameseize is a heist style game, where the objective is not only to escape the tomb but also to retrieve the three ancient relics; A Statue, A Bust and an Ankh. The game is considered a success if you are able retrieve one of these relics, better if you can get two and top marks if you find all three. The success rate for the first two items are relatively similar but only about 25% of teams manage to find and steal the third item. The journey to find these items follows a linear path which will challenge both newcomers and experienced players.

What we enjoyed about this game is that the immersive theming of the room is carried into the puzzles and challenges which are based around puzzles that do not look out of place. Despite some of the challenges high tech execution they are integrated into the room and solved in a way that doesn’t contradict the ancient environment. As this is a tomb, we particularly liked the scattered nature of the clues needed to solve the puzzles. Items would need to be put aside for later use and puzzles which seemed obvious could not be solved fully until a later stage of the game. It all felt quite Indiana Jones.

Most of the puzzles and challenges are based around logic, observation, patterns and deciphering. Whilst the game does have a few padlocks this isn’t a traditional game. We played with experienced players and some relative new comers and we can honestly say that both were equally challenged. Puzzles which seem simple, felt quite difficult because of clever use of hieroglyphs and numbers.

Rameseize, as mentioned earlier, has an interesting approach to clues through the character Acluebis. His hints throughout the game are useful but can only be unlocked once a challenge has been completed. Making us work to unlock clues was a clever way to make us feel less guilty when we did need them!

Thanks to it’s innovative clue system, interaction with our games master was limited to a room introduction and debrief. During the introduction, Samuel maintained his character and helped to create that sense of immersion before we had even reached the room. Even more impressive when one of our team got up to some antics on the stairs!

Once inside, given the high tech nature of the room, we’re sure Samuel was busy behind the scene pressing buttons and triggering clues when they were needed. We were not inundated with clues which we really appreciated as it made our escape all the more satisfying.

Another excellent value room from Cryptology which for £23 is a bargain! As with their other rooms the price is tiered meaning the more players the cheaper it is per person. Nearby pay and display car parking is available in Nottingham City Centre for reasonable rates.

Rameseize was an exciting and entertaining room that felt very different to other Egyptian themed rooms we have played. While it didn’t generate quite the same buzz as Daylight robbery, it is still an excellent room and it definitely deserves the acclaim it has.

We managed to escape with all three of the ancient relics with a few minutes to spare which topped off our experience! We would very much recommend this room to anyone in Nottingham looking for something to do! This room is probably a little more family friendly, as the limited space and linear flow of puzzles mean teams can choose to work more together than apart. 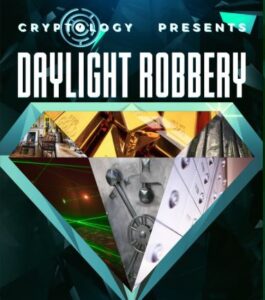 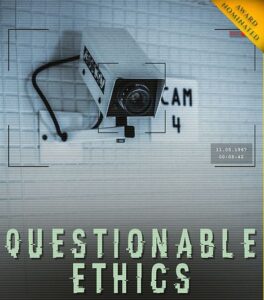