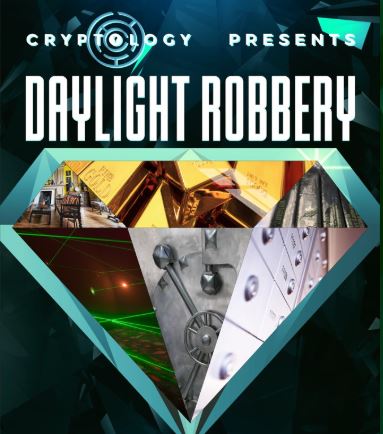 Rate The Escapes take on one of the best rated escape rooms in the UK. Read our review of Cryptology Daylight Robbery.

The plan is simple: one hour, your elite team of criminals, and an impenetrable vault. Get in, steal what you can, and get out. Oh, and don’t forget the diamond else you’re dead, alright?

There will be lasers to dodge. There will be security systems to hack. There are locked vault doors to hack, decode, open, and bypass.

Almost everything you grab will be yours to keep and will help get you far away from the heat, but whatever you do, you must get the Daylight Diamond. Without the Diamond, The Boss won’t be happy! That means you won’t be living. There’s no point being dead millionaires.

This is the final score, a flawless heist, a curtain call. Are you ready to steal from right under their noses? This is unabashed Daylight Robbery.

After seeing so many of our fellow bloggers rave about their experiences at Cryptology Nottingham, we decided it was time to go and have a go at some of their escape rooms ourselves. First up, Daylight Robbery.

After a quick introduction, we are led downstairs to the basement which is the home of our first game. The building actually used to be a bank so we were surprisingly led to a real life vault door which was the perfect opening to the game. Our GM quickly opens up a panel on the wall and “hacks” into the bank office which green access lights to flash across the door! With that, we’re in.

Assuming the role of our remote hacker, our GM starts to give us the brief of the room. We’re given objectives in character, a tool kit, swag bags and a useful folder are handed over. Yes, that’s right a tool kit full of gadgets we’ll need to pass the room. There are some specific rules around the lasers game which we receive instructions on before she heads off and leaves us to get to work.

The first room is the bankers office which is very much a holding pen for the game to come. Having said that, there is still plenty of detail in this room that starts to set the scene. The first few puzzles led us to opening the laser room, which is absolutely as cool as it sounds. There’s only room for one player at a time, and it’s not essential for everyone to go through, but it is a lot of fun

We cleared the puzzles, dodged the lasers and finally find ourselves in the banks vault. WOW! The scale of this game is absolutely brilliant and the contrast between the fairly standard office to the high tech vault is insane. Everywhere we looked there were lockers filled with valuable items for us to steal. The room is clinical and sectioned and in honesty it is hard not to be impressed everywhere we looked. Hands down, this is the best looking heist game we have ever played. Within a few seconds of “breaching” the vault, we felt absolutely committed to stealing as much as we possibly can. The heist was on!

Daylight Robbery has a clear set of aims, rather than the typical “break out of the room” we were breaking in. Our main objective was to steal the daylight diamond, do that and we have passed the room. However, being the greedy thieves we are, there is the additional aim of stealing as much as we can to keep for ourselves. Armed with our tool kit and supported by our remote “hacker” we had everything we needed.

Puzzles is where Daylight Robbery absolutely shines. From the very first room there is a great mixture of the traditional cryptic clues, partnered with some high tech puzzles that required the use of our gadgets. Within the office of the room, the gameplay is somewhat linear. There was enough going on for us to break into smaller sub teams but ultimately we all had to come together again to reach the vault. So far, the room felt like your average (albeit high quality) escape room.

Inside the vault, like the theming, the room literally explodes with puzzles. Cryptology have managed to pull off the most impressive set of varied puzzles and challenges we have ever seen. Literally, everywhere in the room were codes to crack or locks to open. Where in the first room there was a need to come together to solve a handful of puzzles, in this part of the game we could only secure more items if we splintered off and did our own thing. In honesty, we were running around like mad men with the aim of filling our swag bags and building up the value of our loot. It was superb! We found ourselves checking in with eachother throughout the game to say “just got this diamond by doing this” or “managed to crack this by doing that!” When we couldn’t solve a puzzle, we simply moved on to the next one and came back later. The team here actually pride themselves on the fact that you won’t solve everything.

Quite a large number of the puzzles were solvable through a math code, between four of us we managed to solve this and it helped us to gather a large amount of swag. Some players are not so keen on maths based challenges but the great thing about the vault is you can just skip these altogether and unlock the bits you are more comfortable with. The maths isn’t overly hard but we genuinely felt the pressure of the timer ticking down and the need to steal more.

Stealing the Diamond becomes a timed challenge within a challenge and this was outlined to us at the very beginning of the game. Once the final vault is opened, the clock starts ticking and there is a limited time to solve the puzzles that lead to the diamond. This successfully creates a sense of panic in the final moments of the game. We were absolutely blown away by this room. If we played again, we still probably wouldn’t solve all the puzzles. In fact, in the last five minutes we found a whole new vault filled with even more puzzles we didn’t even get a pop at!

The games masters at Cryptology really do earn their money. Before we come onto their actions while we’re playing we have to spare a thought for the sheer organisation that must go into resetting the rooms once they have been played. That must be a full hour in itself!

Our games master Anna was brilliant. We’d taken a newbie with us to this room and she explained how things work very clearly whilst setting the scene. Anna was dressed in her best convict outfit and assumed the role of our hacker from afar which was excellently maintained throughout the game.

We played Daylight Robbery with just 4 players, which is the fewest number recommended to complete the room. At £23 per person, this is excellent value for money. Sometimes when you play a room, some members of the group can feel as though they have not participated as much as others but there is absolutely no danger of that in this escape room. Rates decrease the more players there are up to 8, where pricing drops to £19 per person.

We were able to find cheap parking nearby in one of the many city centre pay and display car parks, there are at least 2 that we were able to find within a short walking distance to the venue. For local players there is a bus stop right outside the entrance if that works out cheaper!

When we finished Daylight Robbery, all of us were talking about the room for some time. Downloading to eachother the bits we had solved when everyone was doing their own thing. All of us were active, running around and participating in the game. All of us felt challenged, even with our varying experience of escape rooms which is something that is hard to achieve.

We managed to steal the diamond, and we also managed to steal over £1,000,000 in diamonds, relics and cash. We felt a real sense of achievement which was made better when we learnt the average amount is about £600K!

We loved this room and can totally understand why it has received the high regard amongst players that it has. We cannot wait to see what Cryptology deliver next. 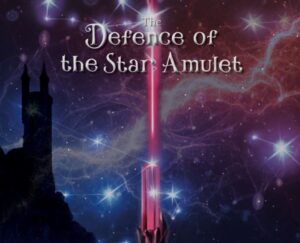 5.7/10
Previous post Horton’s Emporium : The Defence of the Star Amulet 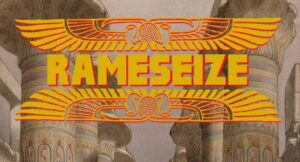