After a boozy night we found ourselves virtually lost in Benidorm trying to find our mates at the pub! See how we got on playing this free online game from MyEscapeFrom!

After a wild night in Benidorm, you wake up with a dreaded hangover. You decide the only cure for this self inflicted pain is fresh air, greasy food and good old hair of the dog.

Solve the riddles whilst exploring this famous resort so you can get back to your hotel and EscapeFrom Benidorm!

Its a theme we can pretty much all relate too right? You wake up on Holiday with a hangover and have to figure out how to find your mates, who are probably in the pub! The theme is definitely familiar to us but refreshingly for an escape game, its not a scenario that you can really translate into a physical room. It does, however, work really well as an online game.

The gameplay for Benidorm, and all the other games by the team at MyEscapeFrom, involves players using a mixture of Google Maps, web searches, common sense and other online resources to navigate through the scenario.  Its a nice concept, and probably something we will see more of with the world going in and out of lockdown. Orienteering and hidden city games rolled into one and made available in your living room. It’s not quite the same as actually strolling around Benidorm, but the gameplay cleverly uses real world shops, restaurants, hotels and locations as the setting of the game. It would probably work quite well (with a bit of work) as a physical game for tourists actually in Benidorm.

It has to be said, using Google forms as the basis of the game doesn’t result in the slickest of experiences. There is a lot of scrolling of oversized text on backgrounds that don’t really add to the game play, and we felt this could have been condensed into a more user friendly display.  Only a slight inconvenience though! 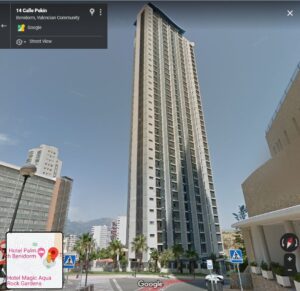 The game of Escape Benidorm consists of four different “chapters” and each one of these consists of three or four sequential puzzles which lead you to a final question which you submit as your answer to the chapter. If correct, you advance on to the next chapter, if incorrect you’ll be given a hint and remain where you are in the form.

With most games, we find they gradually increase in difficulty. With Benidorm however, we found that the very first chapter was probably the hardest overall. The second and third chapters were pretty easy and the final chapter is easy until the very last clue which took us on a bit of a journey (literally). All four of the chapters use various elements and we found that we needed three or four internet tabs open at any one time to flit between google maps, streetview, translate and a google search.

The google translate clues work well, these had us hunting for any words or road names that resembled either a Spanish or English translation. There are enough variations for this to offer up a bit of a challenge to players, more so than you might originally think. Similarly, simple google searches could be used throughout the game and were sometimes required. It was the streetview and google map elements that offered up the biggest challenge, however we think this is partly because some of the clues reference “continue over a few streets” which in Benidorm could get you lost pretty quickly.

With a game that uses forms and several clues in each section, it’s easy to jump ahead and if you get stuck on one clue, you can scroll along to the final clue and normally figure out the answer without progressing through the build up puzzles. If you want to get the full experience we’d recommend scrolling and solving each clue one at a time to avoid inadvertently solving a puzzle further on. 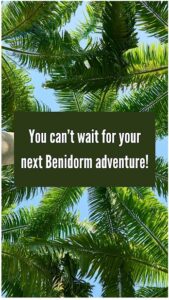 Hints are freely available if you want to use them for the Benidorm game on the MyEscapeFrom website. We opted not to use the clues for our game, but we did have a look at them afterwards and they are very comprehensive, perhaps a little too much (it would be nice to have a beginner, medium, hard clue set). Players can also view answers if really stuck in order to advance to the next chapter.

We didn’t get every answer right first time, and when we did enter an incorrect response the game delivers a more vague hint such as “use street view” or something similar to avoid blatantly giving the answer.

This game is totally free and provides a good 30-90 minutes of entertainment wither individually or for a team (or competitively if you want to race). Top Marks from us!

In Lockdown life it’s little games like this one that make all the difference. We enjoyed our 37 minutes strolling around the streets of Benidorm and the fact that the creators offer this game up for free is great. Due to the style of the game, we felt that the time it took to complete was about right. Much longer and the clicking and scrolling would get a bit repetitive, any shorter and it wouldn’t offer up much of a challenge. There were a few moments of frustration which the creators could have avoided with sharper clues, and condensing the clues into one slide would prevent a decent chunk of scrolling in the game itself. On the whole however, a fun way to spend an hour or so totally free of charge. 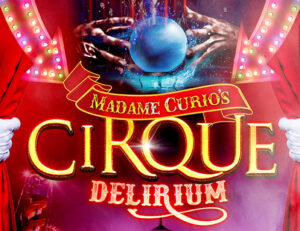