We headed to Locked Escapes in Dunstable to relive the 1963 Great Train Robbery and see if we could pull off the ultimate heist! See what we thought of this escape room in the heart of Dunstable’s Quadrant.

Ever wanted to rob a train and perform the ultimate heist? Now is your time in “The Great Train Robbery” escape room experience.

It’s known as one of the most famous heists in history, a total £2.6 million stolen from a Royal Mail train heading to London. With precision, planning and pluck, a gang managed to do the unthinkable and managed to escape with the cash.

This is an exciting immersive experience where you and your friends become the gang; using your wits to win big & relive history!

Having completed most the MK escape rooms, we decided it was time to take a trip down to Dunstable and play one of the rooms at the relatively new Locked Escapes. These guys are located in the Quadrant shopping centre, which is just off of the High Street in central Dunstable. It’s a tidy little unit which makes a change from the industrial estates and office blocks we are used to!

Arriving at the unit, we were welcomed in, briefed and then escorted down the narrow hallway and to the plain looking door, that would open to reveal the Great Train Robbery room. Before going in we are told that the room consists of three separate areas; two individual mail carriages and then a drivers cabin. The game, we were told, would traverse all three areas but would start in one of the mail carts. Having recently completed the room sabotage at Wolverton, going into this similarly themed room we were expecting to be able to draw some parallels between the trains. However, as it turns out there are some obvious differences between a 1920’s first class carriage and a 1960’s mail train which means this isn’t the train experience you might initially expect but pleasingly is in keeping with the historical theme.

As we enter carriage number one we find ourselves in a wooden clad room. The ceiling is rounded to give that train carriage feel and the lack of natural or bright lights aids with the sense of being inside a closed cart. A first aid box, signalling contraption and coat hook are the only items in this first part of the game which means this first carriage is a little empty, however this feels deliberate as opposed to lazy as we felt this first room was very much a warm up area. The second and larger carriage is where most of our time was spent and generally it feels as though a lot more thought has gone into this part of the room. It is very clearly a royal mail room as there are locked mail cages on the walls, mail bags, pigeon holes and parcels scattered around the place. If anything it is slightly more mail than rail at this point save for a window into the drivers cabin which shows a small screen playing footage to emulate the windscreen of the train. Still, it’s busy and authentic so its a thumbs up from us!

The drivers cabin is the final stage and thankfully where the least time is spent. There is a clear attempt to make this feel like a genuine train console, however it did look a little thrown together. The illusion of the moving train using the screen works well when seen from the other carriages, but up close the illusion is lost by the space and wires between the glass and the screen. It’s not awful, we just preferred the other areas.

If we were to come up with some constructive feedback, some background noise would undoubtedly aid the illusion of being on a moving rail train, in fact even just the sound from the youtube trailer at the top of this article playing on loop would make it more believable. If this was playing in the game, we definitely didn’t hear it. 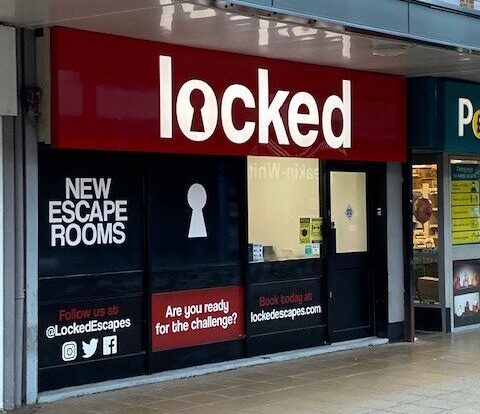 If we were to categorise the style of gameplay in the Great Train Robbery, it would have to be classic and traditional. The game here leans very heavily to padlocks and hidden codes so if you have played a number of rooms before, there is a good chance you’ll crack some of the puzzles quite quickly, maybe even some without the full instructions as we did.

As the theme might suggest, the mission of this game is to break from one carriage into another, steal as much money as possible and then break into the drivers cabin and bring the train to a stop so you can make your getaway. Being based on an actual historical event, especially one in recent times, is something we haven’t encountered before but thankfully no knowledge of the event is needed to complete the game.

Breaking out of the first carriage was pretty simply on account that the room was relatively empty. In fact we were able to discover the first item we needed to do this before we had finished reading the brief. This allowed us to solve a couple of traditional lock and code style puzzles before we came upon a physical manoeuvring task that was reminiscent of something you might see on the Crystal Maze. Once correctly solved, we were able to use the resulting item to secure entry into carriage number two.

Now if you don’t like a padlock challenge this part of the game is not for you. Locked in each of the eight mail cages on the wall are the bags of cash we needed to escape. Every one is secured by an individual padlock which can be solved through finding clues around the room. This might sound a little tedious but actually due to the variety of puzzles needed to be solved to open the locks, and the speed at which they can be solved (especially if you have played lots of other rooms) it did not take us too long to secure all the money in these cages, but we still had more to find!

We were warned at the beginning of the game, that some of the money would only be available once we had secured access to all areas of the game. The final area was the small drivers cabin, and it was relatively simple to secure access via another coded lock once we had solved a few puzzles in the second carriage. Once inside, there was a neat techy task that we were able to solve by stumbling across it, however in hindsight there was a hint to this in the very first carriage.

Throughout the game, there were a couple of challenges that we felt could be improved slightly. The first was a very fiddly logic task but the prompts to solve this are aged and scuffed which meant we really struggled (even using torches) to see the information we needed. The other two challenges could both be aided by some stronger signposting. One takes place in the drivers cabin and is just presented in the way you would expect, its a great idea in principle but could be built into the theme a little better.

Cash in hand the last task was to bring the train to a halt and make our escape, which we could have done as soon as we entered the drivers cabin had it not been for our games master telling us not to pull a lever until we were ready to leave. This feels like something that could be designed a little better to avoid future announcements like this being needed.

We were greeted in reception by our games master after one of her colleagues had welcomed us into the building. We were asked if we had completed other rooms before being delivered the obligatory safety brief and having our temperatures taken. Just outside the hallway, our host asked if we knew much about the robbery before outlining some of the key facts and explaining how the game would flow. We were then instructed that should we want a clue, we should wave at the camera and ask for one as she could both see and hear us in the room.

When requested, clues were delivered via a clear and loud intercom system which played through speakers in the ceiling for all players to hear. We were a little concerned that these might come through a bit too often following feedback from some friends who had also completed this room, however this was not the case and our host was careful only to give guidance when we asked for it. We used a total 2 clues on the two challenges we outlined in the puzzle section of this review. Our host nudged us towards solving these being careful not to provide us with an outright solution.

We paid £20 per person as a team of five which we thought was great value for money. The theme of the room was considered and it was clear that the team at Locked have invested in their rooms to deliver a challenging and immersive experience. Dunstable high street is in the centre of town and so there isn’t a huge amount of free parking available if you book to play this room, however the nearby Pay & Display car park charges just 70p an hour.

We played this room with family and between us there were varying levels of escape room experience. Some of us have completed many games while others are still in the single digits. All of us enjoyed our time in Locked. Whilst the locks might have been a little numerous, for this group it just meant there was a lot for each of us to get involved in and we all played a role in scouring the room and finding the solutions we needed. There were no surprises through the game, it was exactly as our host had described. This might disappoint some fans who are used to secret passages and doorways, however we found the traversing from one end of the train to the other to make up for this. We escaped with 13 minutes left and a bag full of cash! 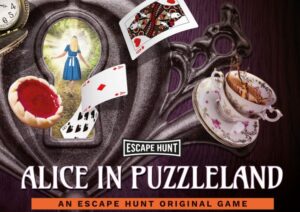 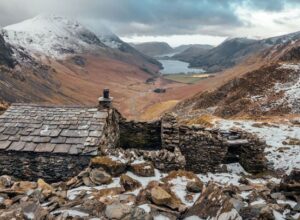