Racing through the MK countryside in our 1940’s carriage we had to break into the engine room and stop the train! See if we pulled the brakes in time!

A luxurious break on the MK Express has turned into a nightmare. The train is picking up speed and it seems no one is driving it. The other guests have mysteriously disappeared, did they have something to do with the missing train driver? You’ve got 60 minutes to get into the engine room and stop the train before you hit the end of the line …

As you might have seen from our other reviews, Escape Rooms in MK tend to be in pretty random locations. We have visited industrial estates, warehouses and even the historic Bletchley Park to play. This game was no exception and this time we were headed towards a backstreet of Wolverton. One of the older areas of Milton Keynes. Tucked away about 200 yards from the main road and nestled behind an orange picket fence is escape MK.

We’ve played a decent game with the Escape franchise before, Overthrone in Shepherds bush being one of the better UK rooms we have completed so far. With the backing of the biggest UK escape franchise, we were pretty hopeful that this room would meet the same standards.

Thankfully, Escape Milton Keynes have delivered and we were transported to the 1940’s first class carriage we were promised in the scenario. The first thing we noticed was the dim lighting which really gave the room an authentic retro atmosphere. The walls and floor are a bit faded and worn to really give a sense of an aging carriage. On the far wall is a net curtain covered window which (as the scenario suggests) lets you see the country side shooting past outside. The concierge desk, drinks cabinet and furniture all match and look authentically antique. There were nice finishing touches in this room too, such as the corners of the ceiling being rounded to the shape of a train carriage. It looks great.

As you might glean from the story and mission brief, you’ll end up in the engine room of the train, which isn’t quite as refined as the carriage but has been constructed well. We wont go into too much detail about what you find here though and leave that for you to discover.

We played Sabotage as a team of two, with the challenge of securing access to the engine room and stopping the speeding train. We had a bit of a score to settle with this kind of room having been previously locked in when we played a similar scenario in New York. Thankfully we were a little more successful this time around! Though, we didn’t get off to the best start it has to be said.

The first set of challenges involve you trying to get into the engine room via a series of lock puzzles in the main carriage of the game. Some of the solutions to these tasks are hidden in plain sight, while others will require a bit more brain power. The very first puzzle (an example of plain sight) was the only point where we felt there could be a little more sign posting. There are a fair few padlocks in here, but we’re pleased to confirm the way to secure the codes needed to unlock them was novel and involved solving riddles which were well thought through. We had to use observation, maths and logic to advance through the game. Enthusiasts will have seen the core puzzles in this part of the game before, but they all had a spin that kept them interesting. A lot of the puzzles also require two solutions before you can solve them fully. Definitely a challenge. We actually overthought quite a few of the puzzles in this part of the game, looking back the solutions seem obvious but at the time we just couldn’t see it. That’s the fun of an escape room though! Right?

The engine room has a different style of gameplay to the carriage. This is in keeping with the theme and the room feels a bit more technical while not relying on tech. You’ll know what we mean when you play it.

On our visit to Escape Milton Keynes, we were greeted by two ladies who welcomed us in and went through the usual escape room rules. Having filled in the track and trace information and team names, one of the ladies took us through the scenario of the room as a bit of a recap before pointing us in the direction of Sabotage. We were told that clues would be offered when they thought we needed them, but we could wave at the camera’s if we felt we wanted some more.

Inside the room, clues are delivered via a screen, cleverly disguised as a window behind a net curtain. This is a really clever idea. Firstly, it doesn’t ruin the well executed aesthetic. Secondly, if you don’t want to use the hints then they’re not staring you in the face as they can do in other rooms. When a clue comes through there is a musical prompt that indicates a new clue is available.

The hints here were delivered more like nudges in the right direction instead of blatant instructions. When we were close to a solution we were left to get on and we absolutely felt like we were being given plenty of time for trial and error.

We’re going to say that this game might see newcomers needing a fair few hints (we’re going to tell ourselves that anyway), but it was a great set of challenges that newcomers and enthusiasts will appreciate. 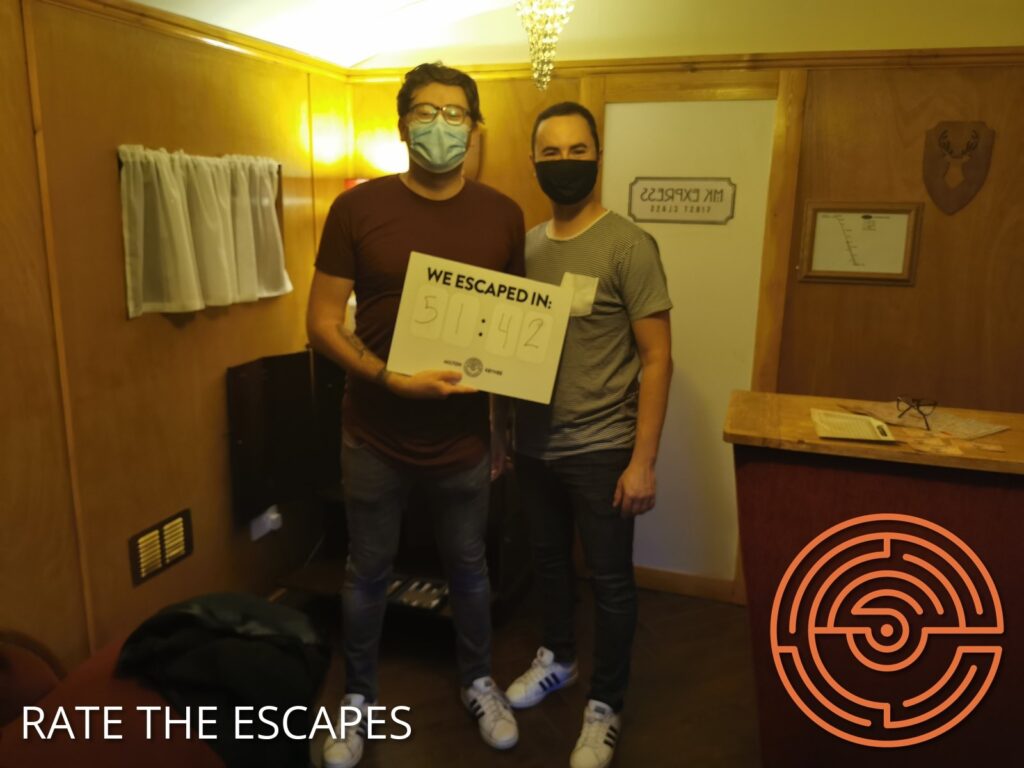 As with most rooms now, the more players you have the cheaper the room. With the maximum of five players for sabotage this room will set you back £19 per person. As a team of two, we each paid £26. At a local level this is one of the higher priced rooms (albeit by about £2). Bear in mind though that as far as the game goes, this room is better quality than those local rooms and so we were happy to pay the extra cost!

Despite overthinking most of the challenges in the first half of this game and needing a little bit more help than usual, we really enjoyed Sabotage. It was the combination of the train carriage setting, the well thought through linear game and the overall execution. It was a relief to find a game in the local area that didn’t fall short in one way or another. Definitely a sense of accomplishment on finishing the room and despite needing a few clues we left happy!

We successfully stopped the train at 51 minutes! Take that NY! 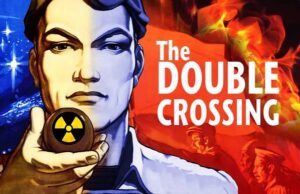